Àbito is about Olei and Caduto living inside a sculpture made by objects and memories, the walls of their house.
Him, Caduto, must have fallen from a cherry tree, the one in front of their house.
Her, Olei, neither her knows where she comes from and how many “her” she is.
Maybe they are your neighbors, those who everybody has something to say about, but with which nobody have ever talked to.
Maybe, but that’s not important.
Yes, because in Àbito the dirty laundries are washed at home and not in public until ripping up the reality with the dream.
In this show life appears as an elephant in the living room. Impossibile to ignore. Impossible to move with a simple invitation to leave.

Àbito is a show in which human existence contradictions are explored from one perspective: the love relationship between a man and a woman.
A relationship imbued with domestic rituals that express a constant tension between concrete reality and the need for transcendence.
In Àbito the ritual is a celebration of the everyday.
An existential practice. A search for meaning. Open question, never answered.
Àbito was written, rehearsed and staged in a private apartment in Bergamo.
For our indoor theater space Recanati 59 it has been rearranged in an unpublished site-specific version.
The show is presented every month with reservations required for a limited number of spectators.
In June 2022 the show participates in the 18th edition of the il Giardino delle Esperidi Festival with an installation inside the fifteenth-century Palazzo Gambassi.

"The scenography consists almost entirely of a structure that is both a walk-in closet, an apartment, a confessional, a theatrical backdrop, a refuge and a tomb"
(Laura Sestini on The Black Cofee)

"Dense show, but in some ways claustrophobic, deeply authentic"
(Ilaria Guidantoni on BeBeez)

"They both desperately need love, but they insist on fighting with boxing gloves"
(Raffaella Roversi on 2duerighe)

"An interior, or rather an almost Bergmanian intimate ... A couple who, as increasingly often today, have no answers to give or look for"
(Maria Dolores Pesce on Dramma.it) 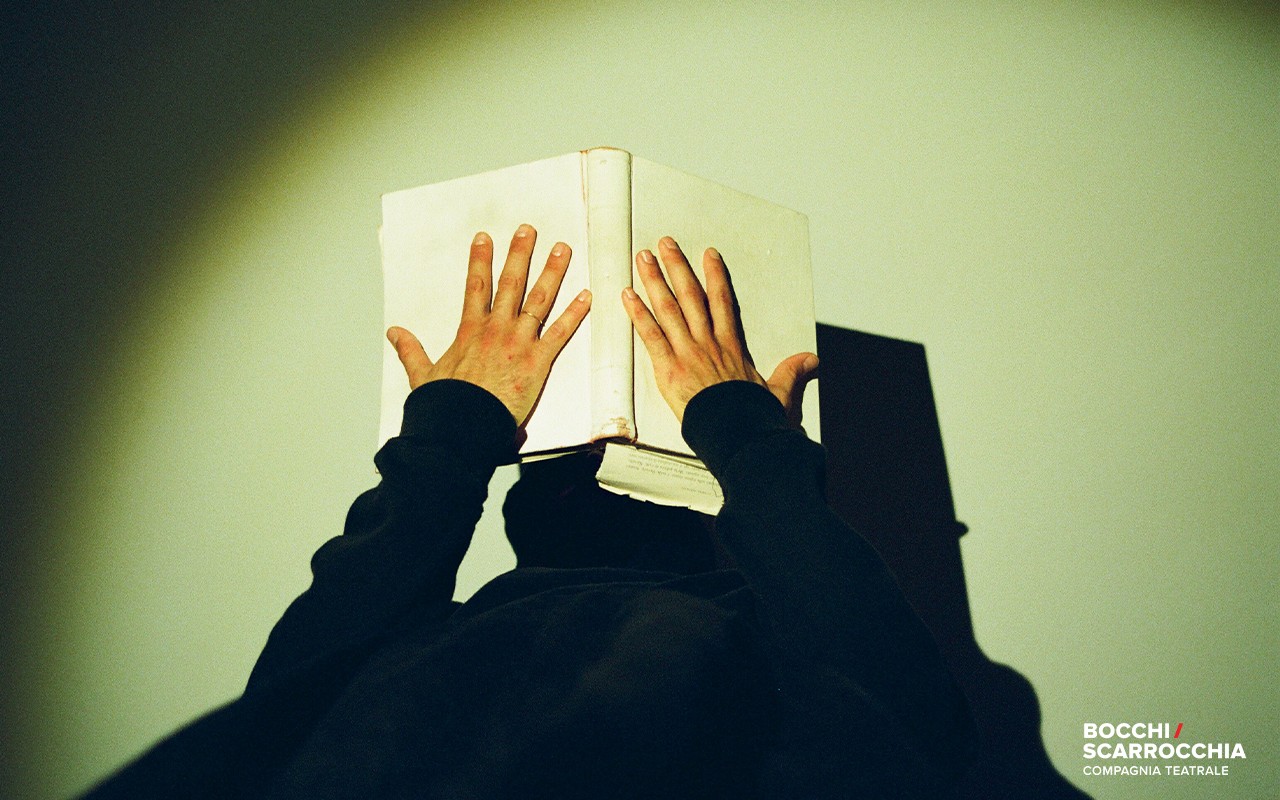 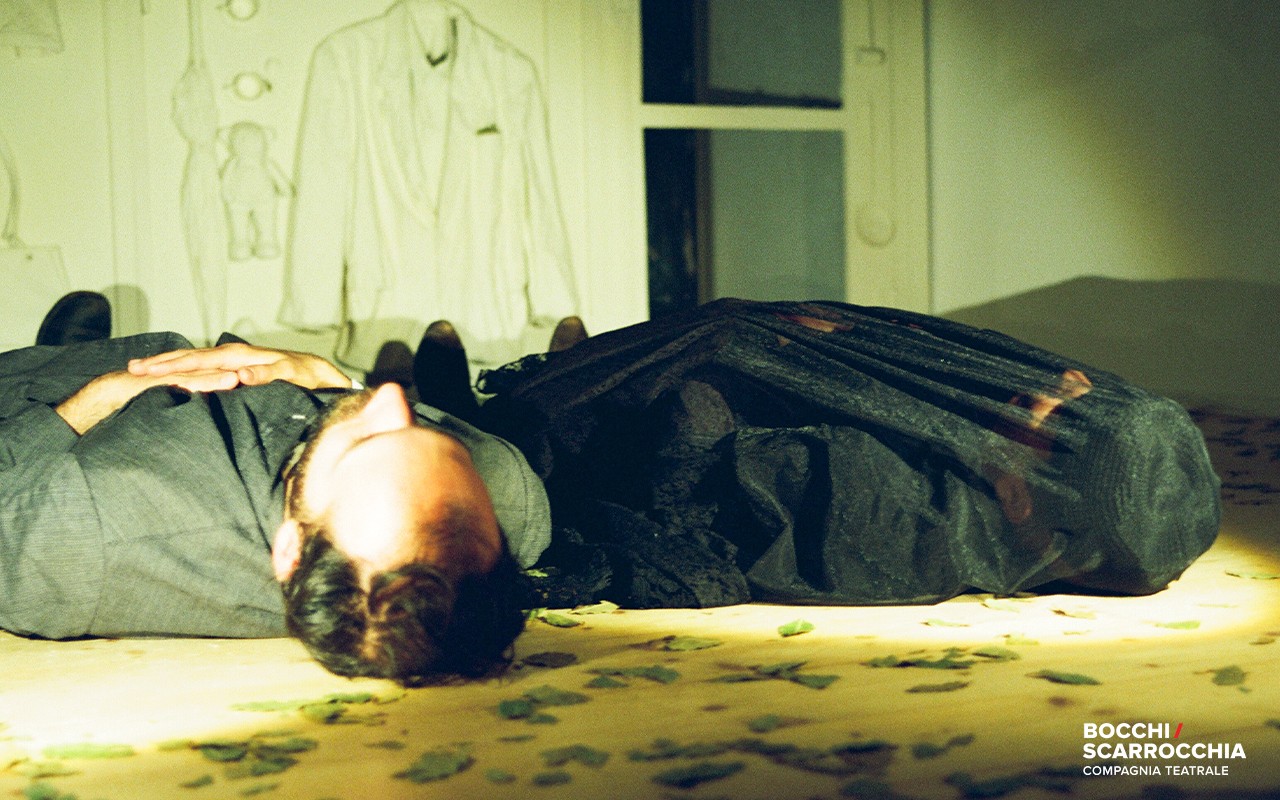 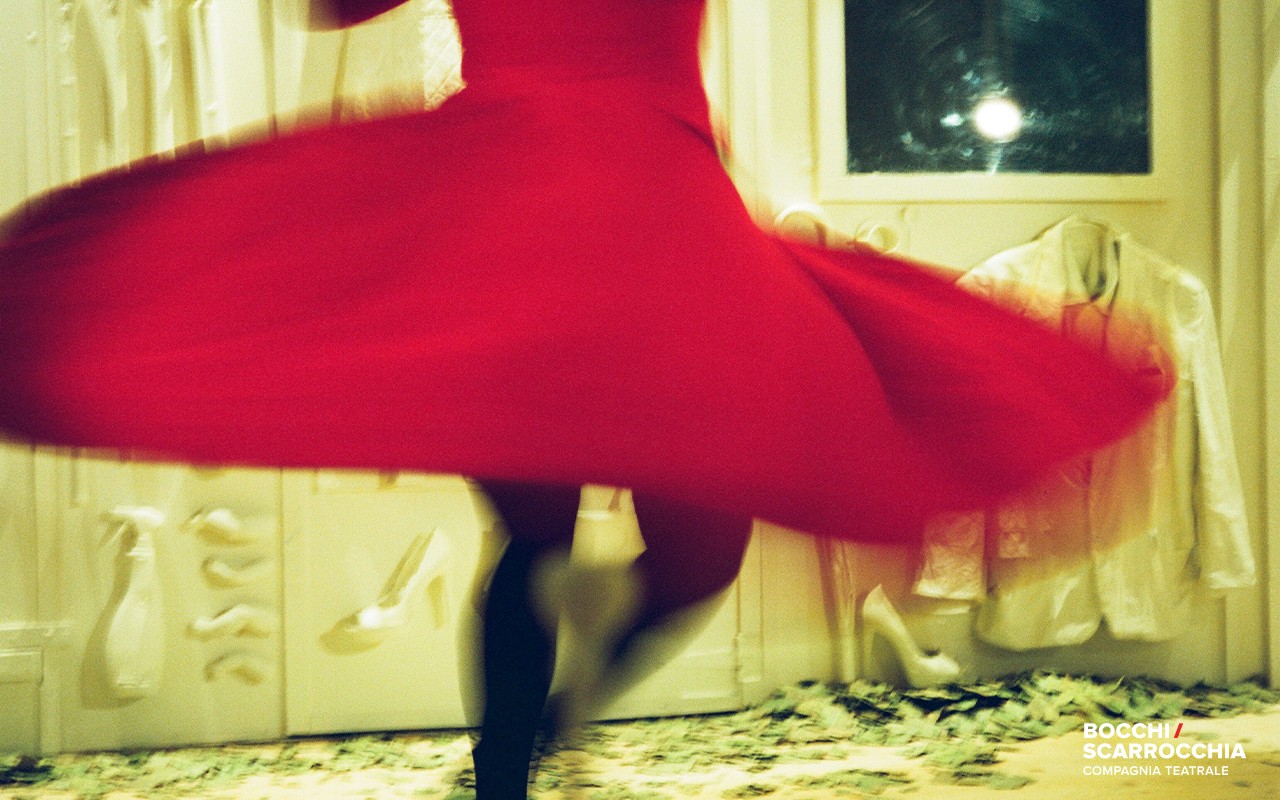 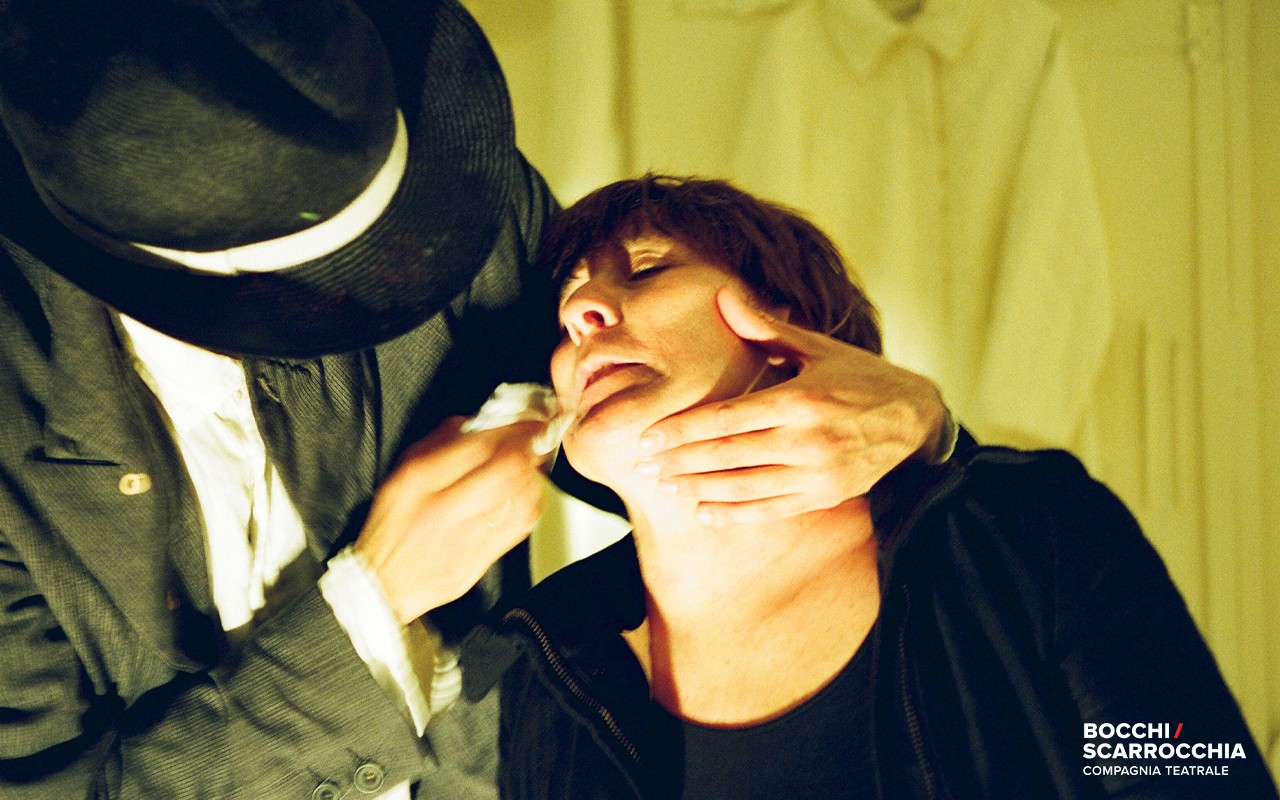 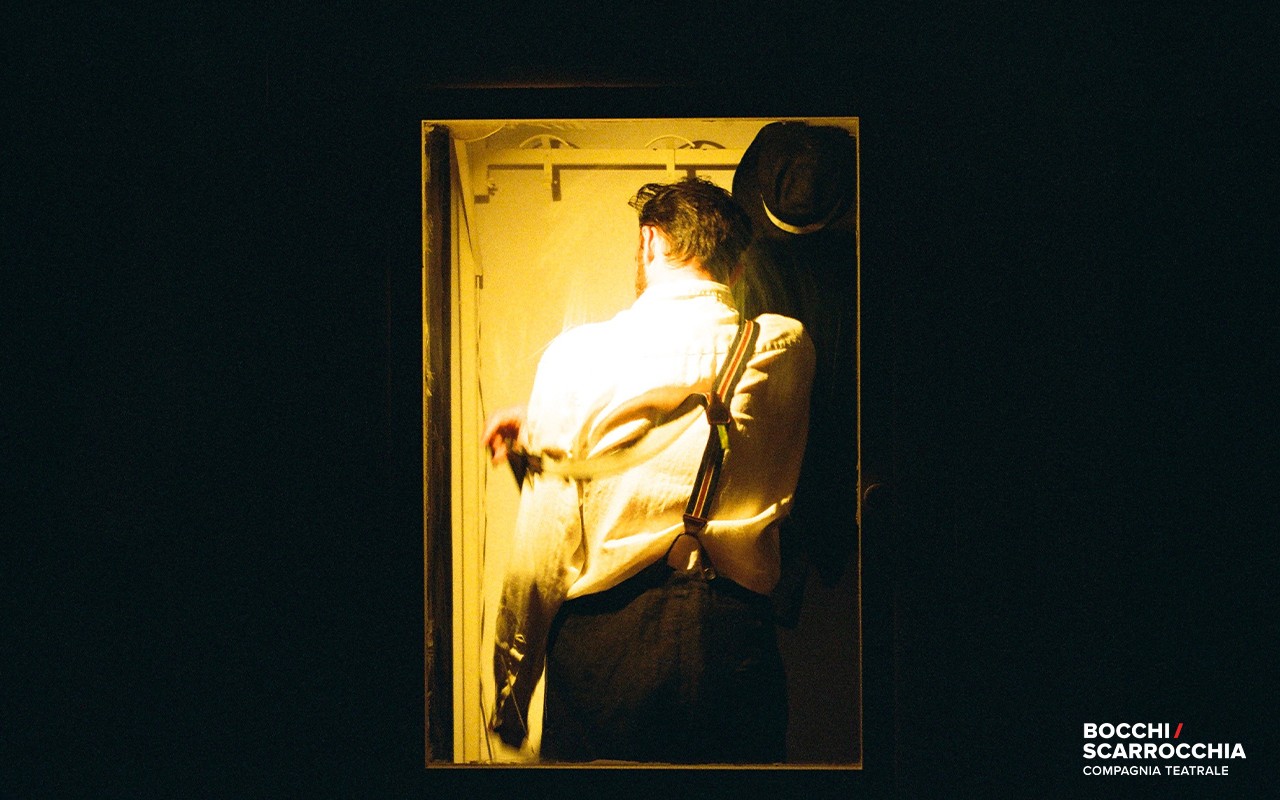 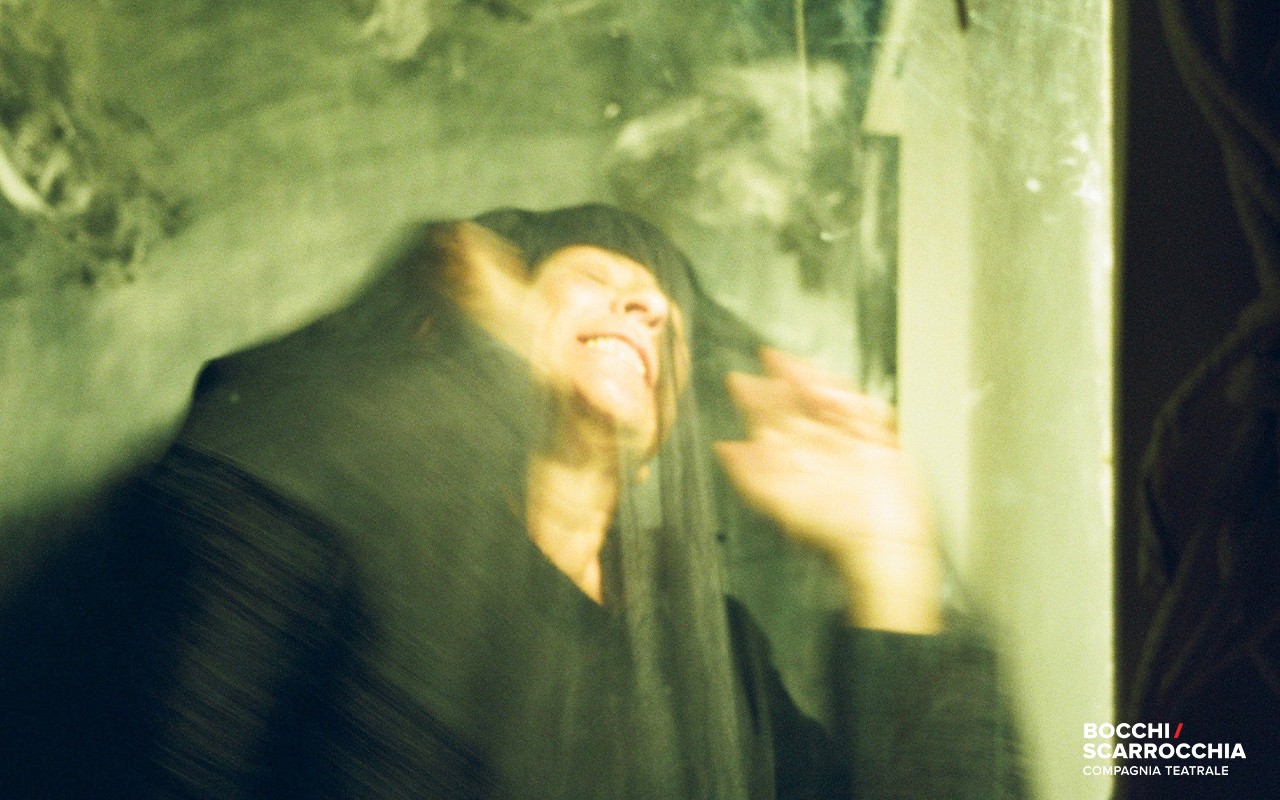 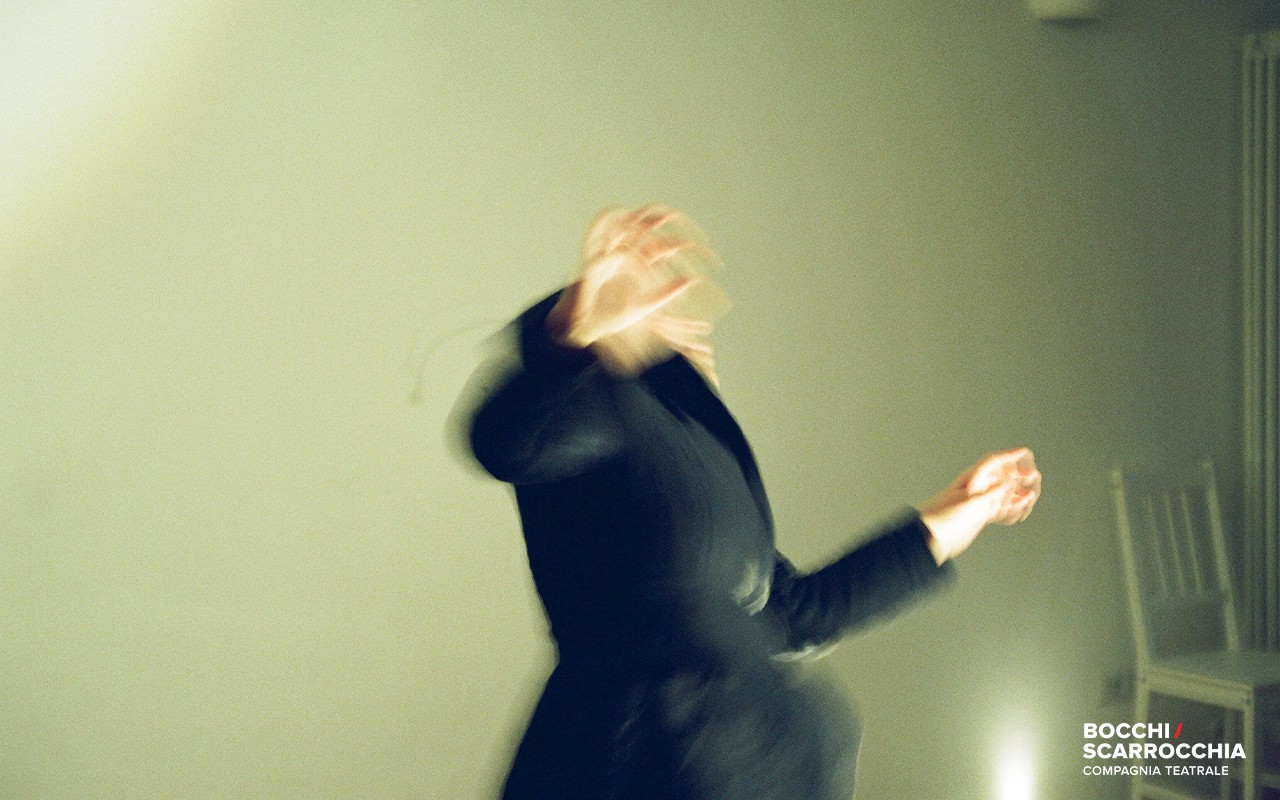 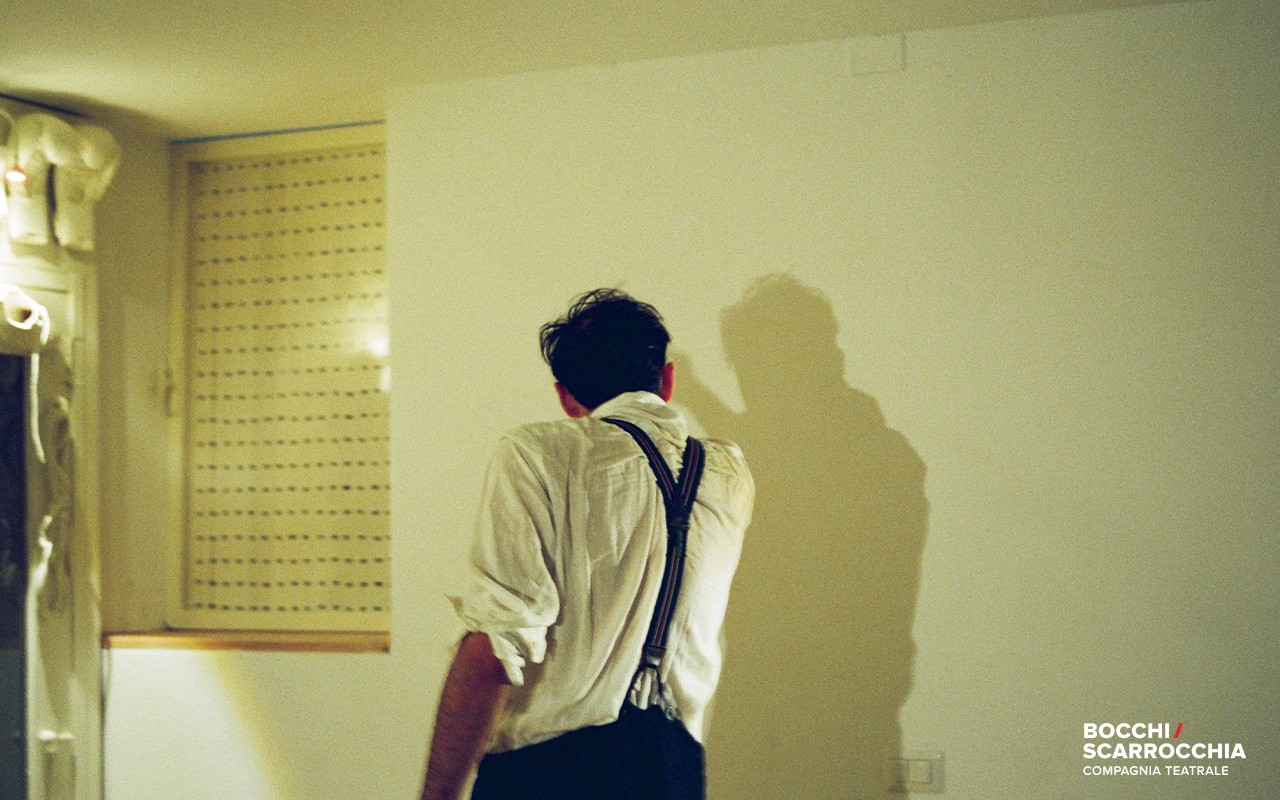 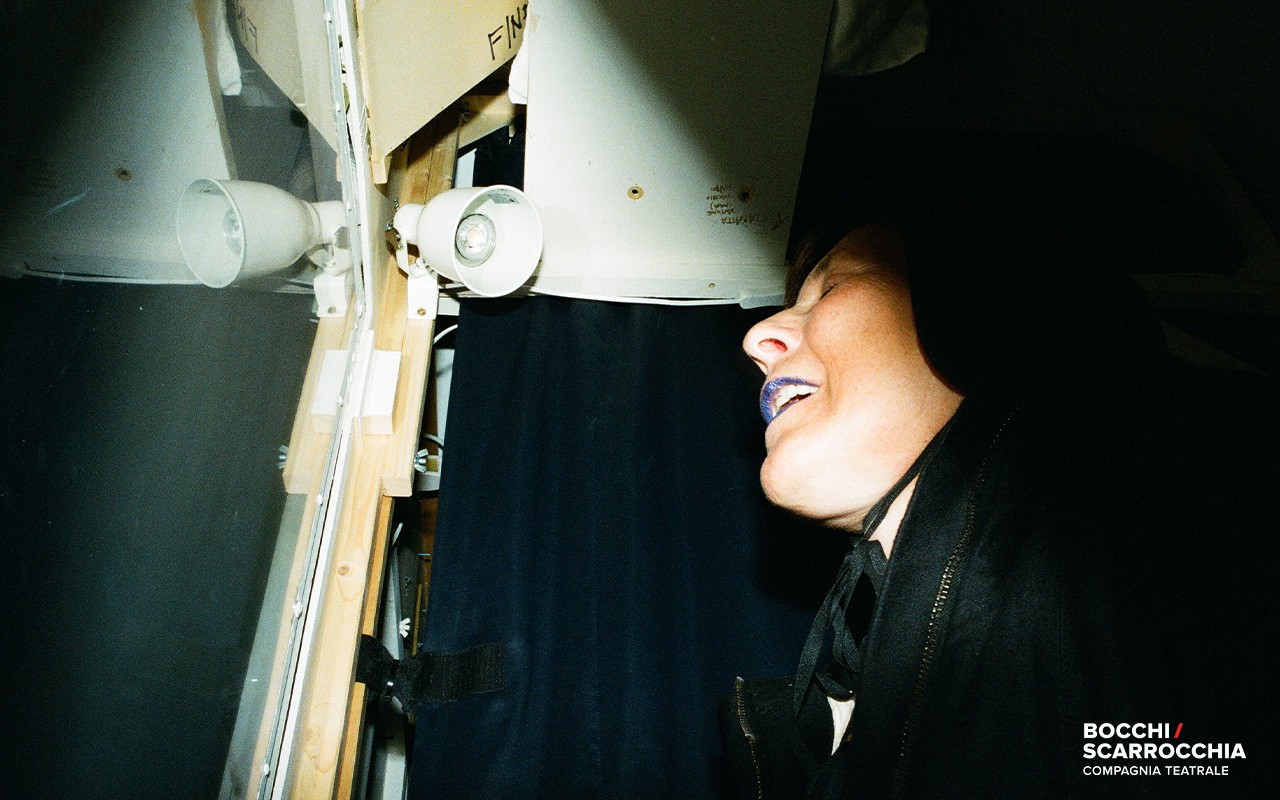 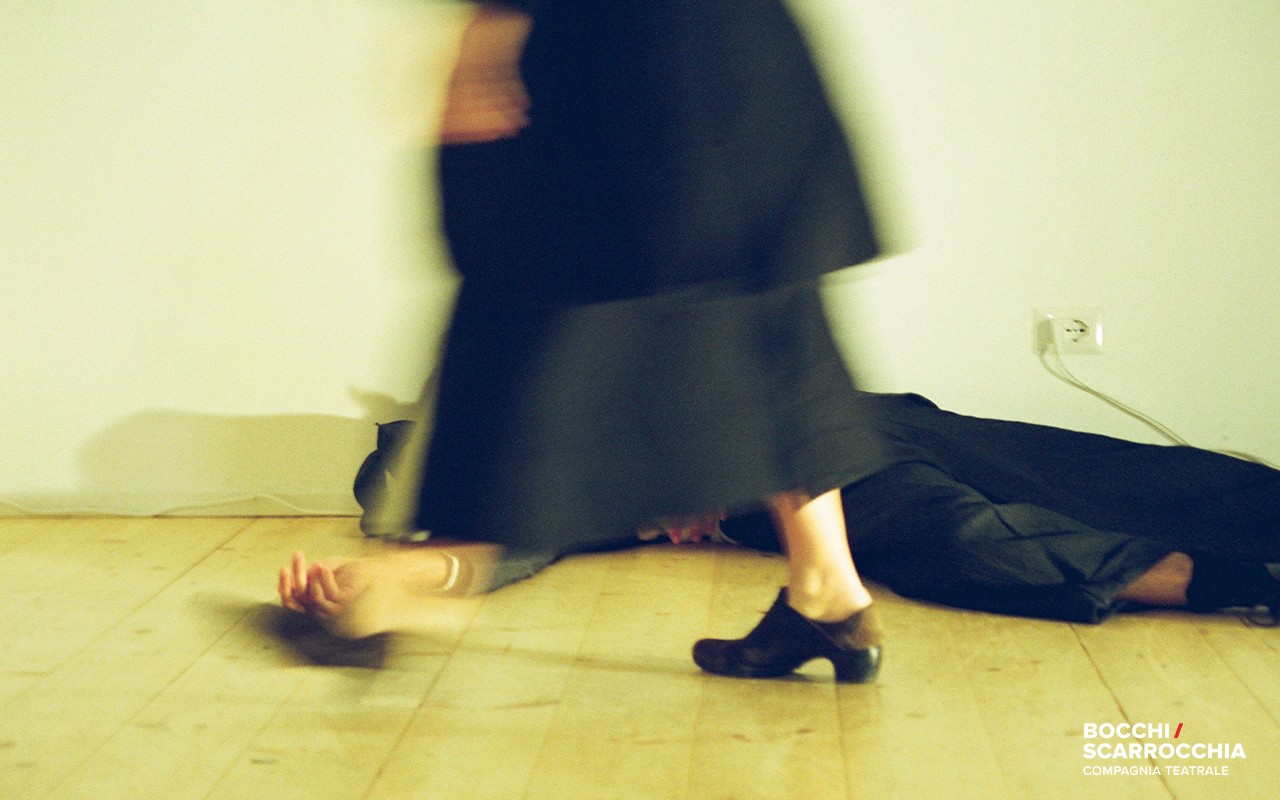